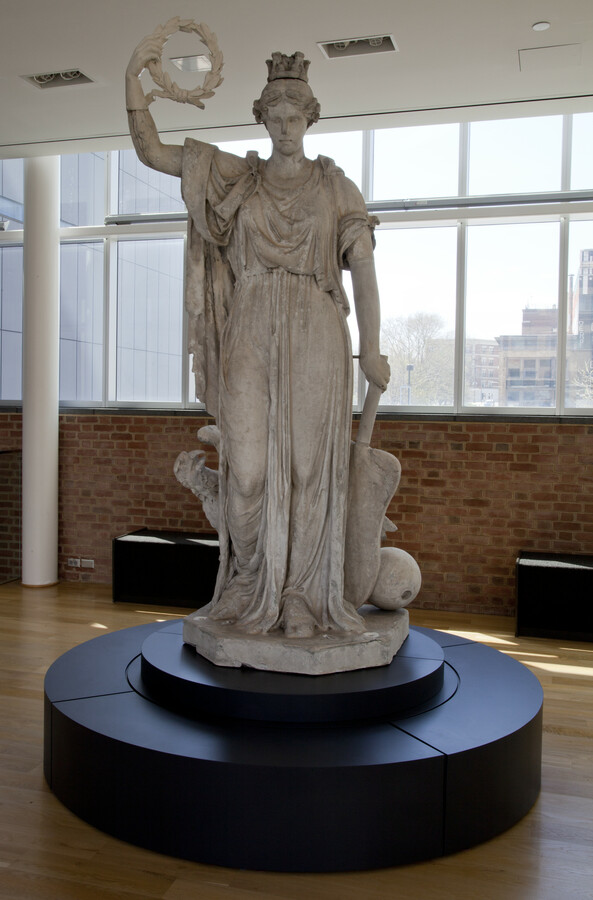 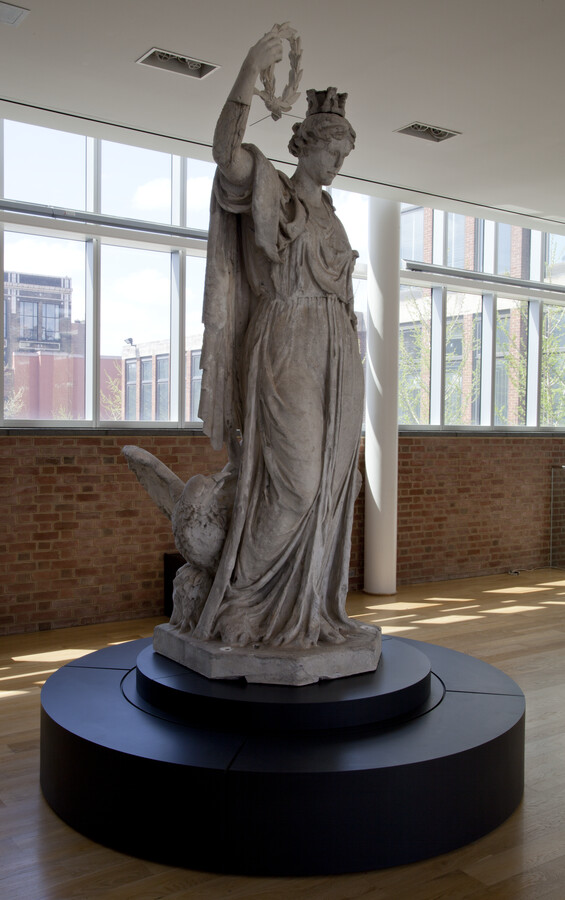 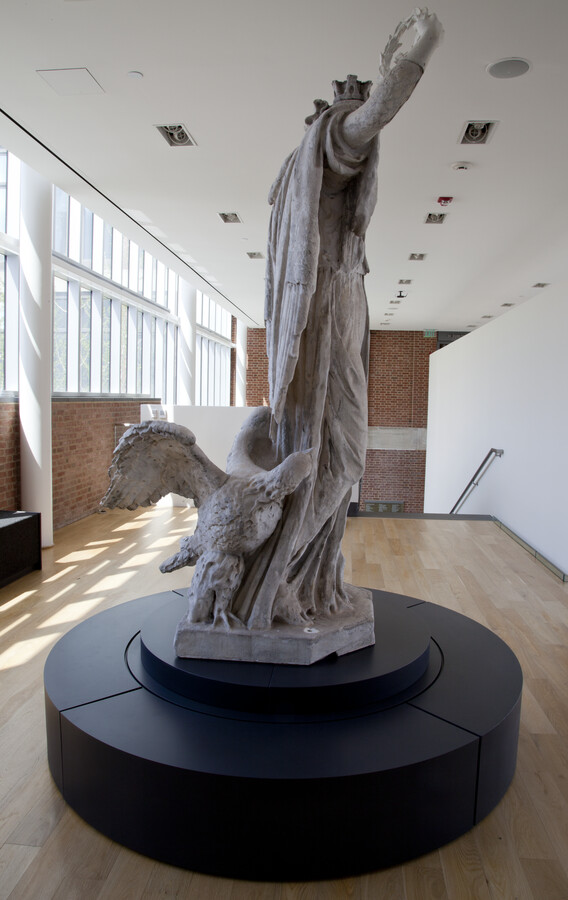 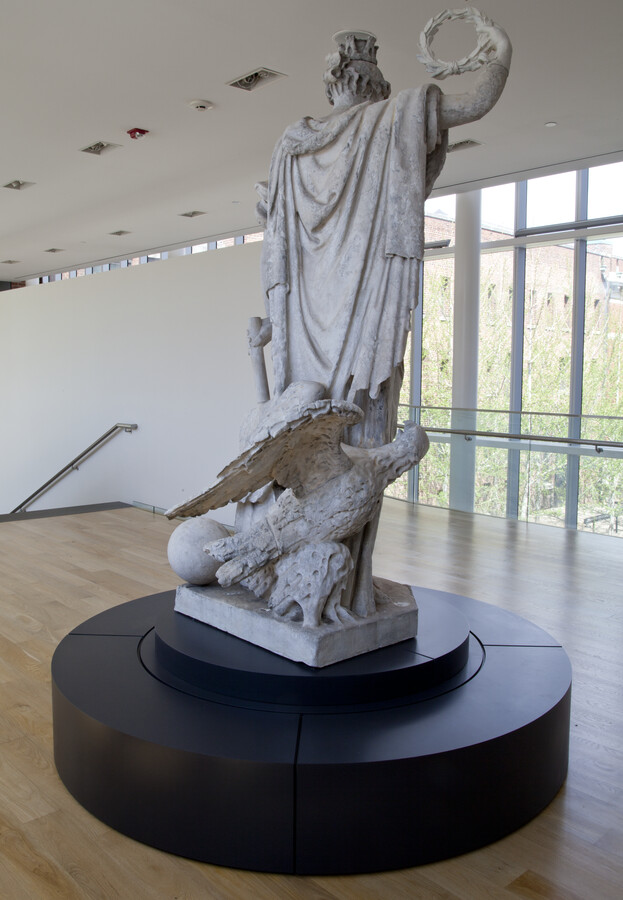 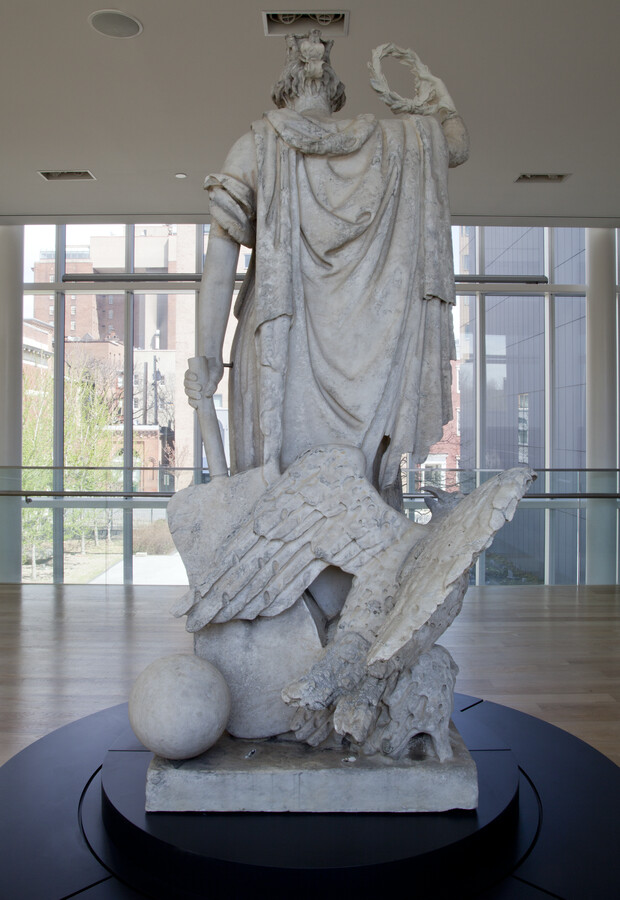 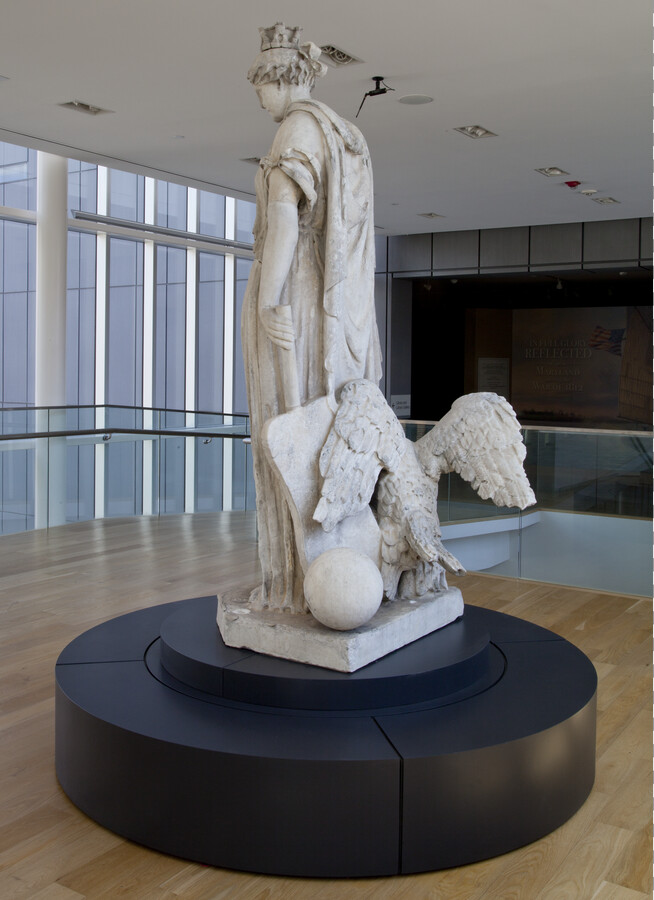 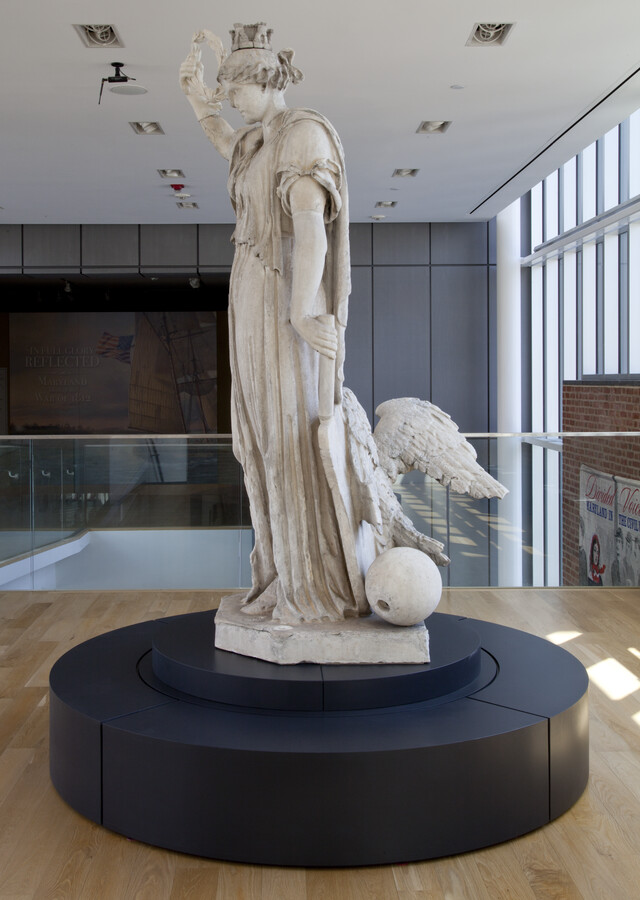 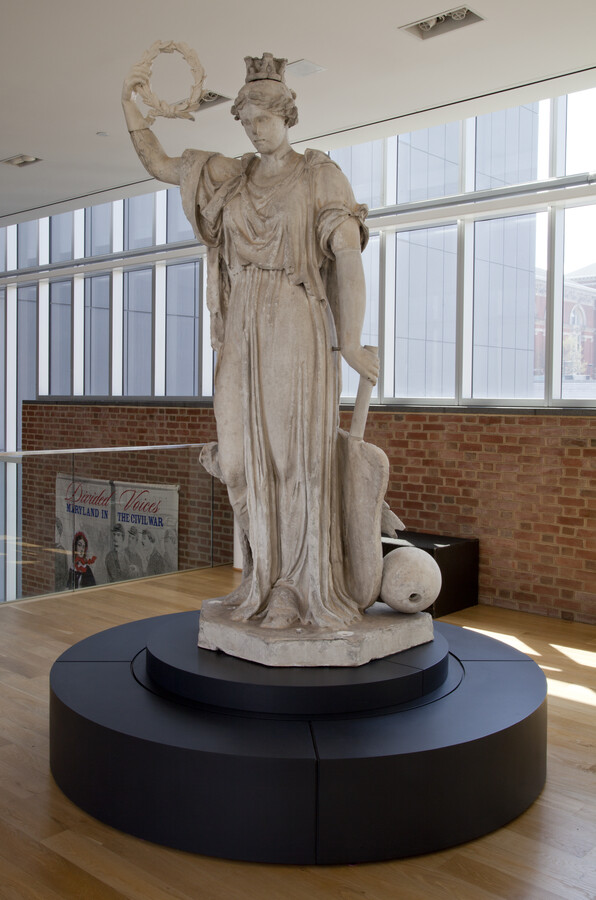 This female figure in classical dress originally stood atop Baltimore's Battle Monument which commemorated the Baltimoreans who died defending their city from the British during the War of 1812. Maximillian Godefroy, a French exile who was an architect and engineer, designed the monument and Italian scupltor, Antonio Capellano, created the statue of imported Carrera marble. The cornerstone was laid in 1815, but seven years passed before the monument was completed. Lady Baltimore, as she came to be known, was raised atop the monument on Defenders' Day, September 12, 1822. The monument's column, wrapped with the names of those who died in the battle, is the first of its kind ever erected in the United States. 'Lady Baltimore,' depicted as a Roman matron, symbolizes the city. She weras a crown which is thought to symbolize Baltimore and holds a laurel wreath, a symbol of victory, in her raised hand. Her lowered hand holds a rudder, symbolic of navigation and stability. She originally faced the harbor, a source of Baltimore's prosperity and fortune. Two centuries of exposure to wind and weather wrought its effects on Lady Baltimore. The statue's two arms are 'prosthetic' replacements created by two of Baltimore's most important sculptor: the raised arm is the work of Hans Schuler (1874-1950) and the lowered arm is by Ruben Kramer (1909-1999). Both original arms had to be replaced due to storm damage and deterioration. In 1997, the Baltimore Commission for Historic and Architectural Preservation (CHAP) began conserving the statue in situ. In 2013, it came down from the monument to reside in the secure and controlled environment of the Maryland Historical Society. A replacement statue was cast from this original and now adorns the monument.

On loan from the City of Baltimore