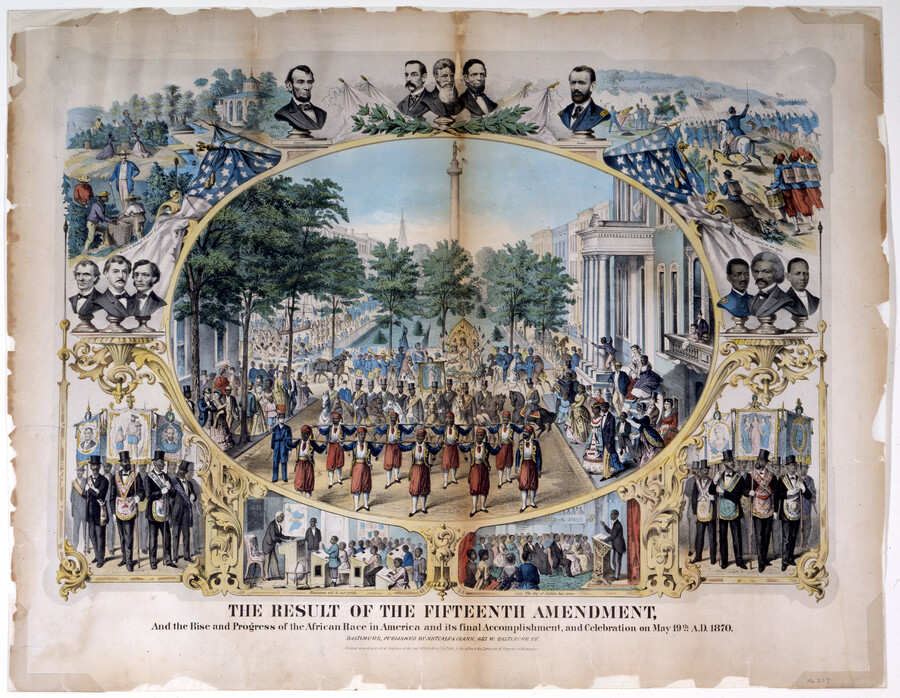 The result of the Fifteenth Amendment

Lithographic print with the full title, "The result of the Fifteenth Amendment, and the rise and progress of the African race in America and its final accomplishment, and celebration on May 19th, A.D. 1870." The central image depicts a parade and celebration in the west square of Mount Vernon Place in Baltimore, Maryland. Around the central image are various events related to African American history and scenes depicting slavery, education, worship, and war. Also included are images of famous figures such as Hugh Lenox Bond, John Brown, Schuyler Colfax, Henry Winter Davis, Martin Robinson Delany, Frederick Douglass, Ulysses S. Grant, Abraham Lincoln, Hiram Revels, Thaddeus Stevens, and Charles Sumner.

The result of the Fifteenth Amendment