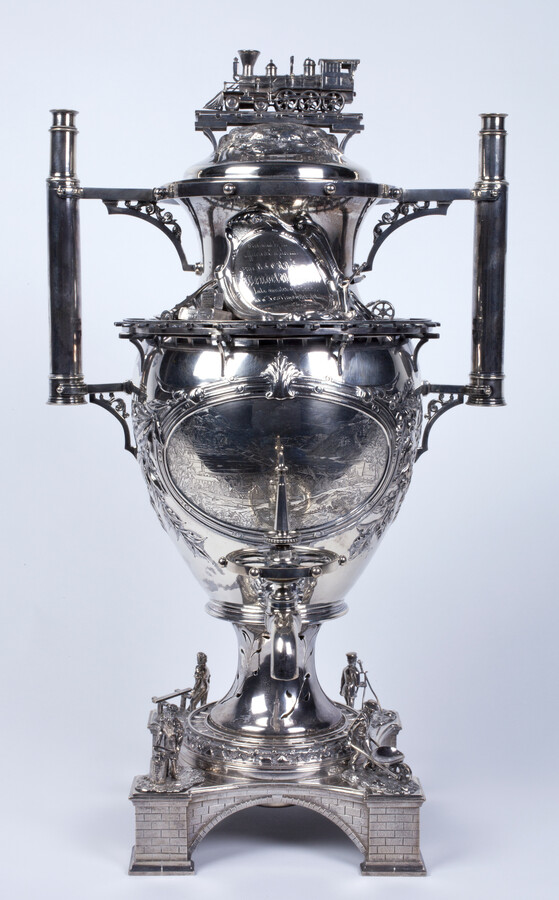 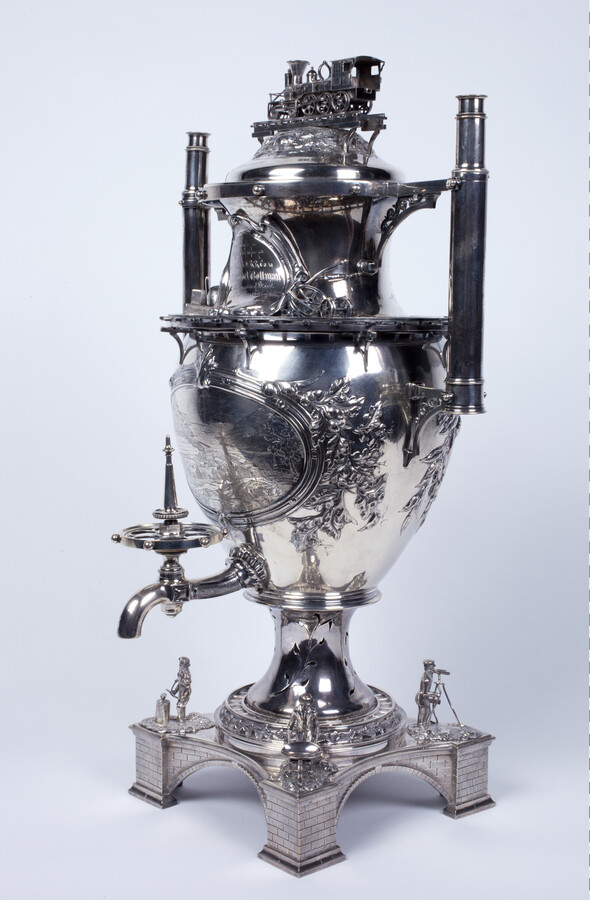 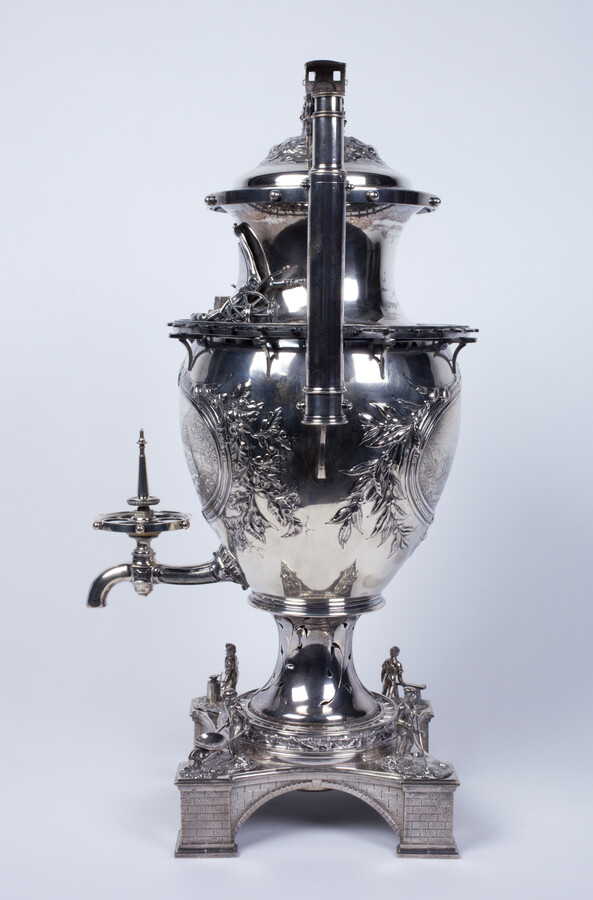 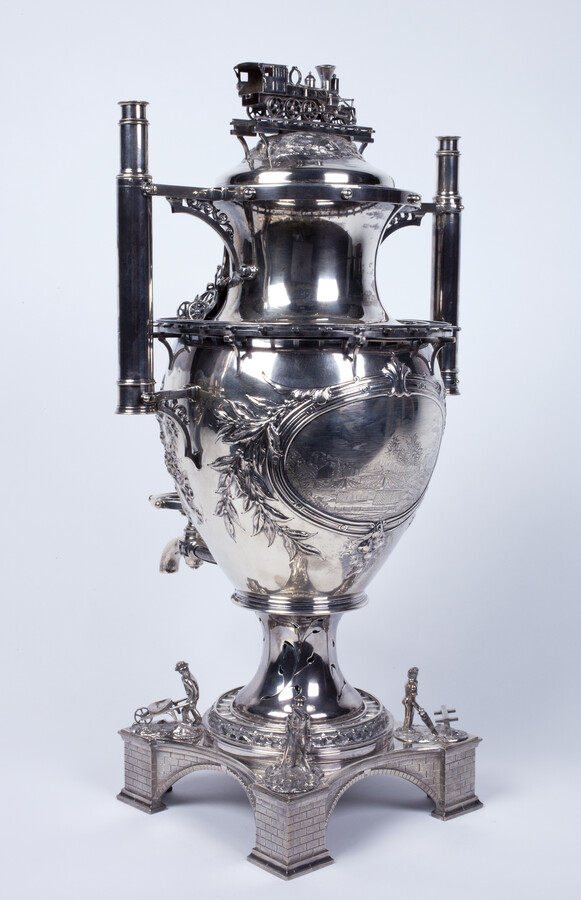 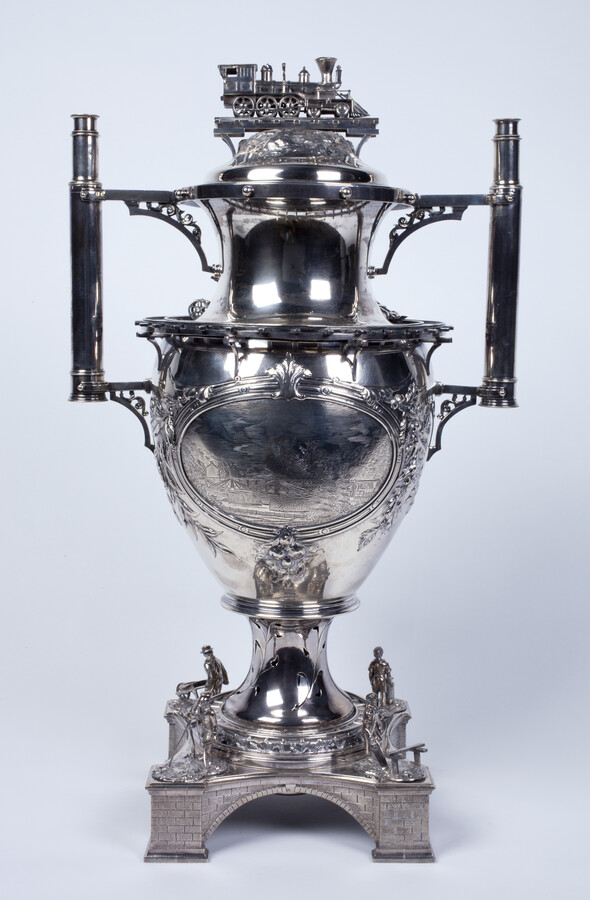 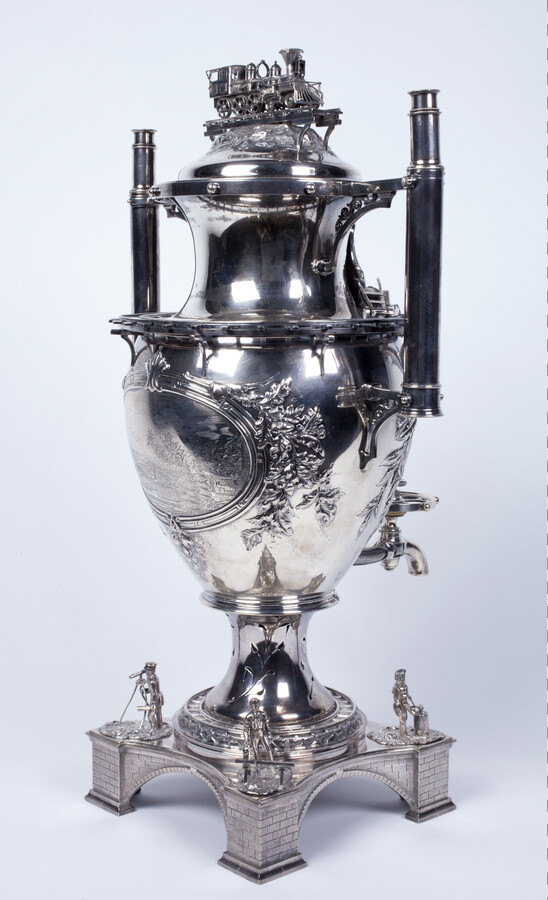 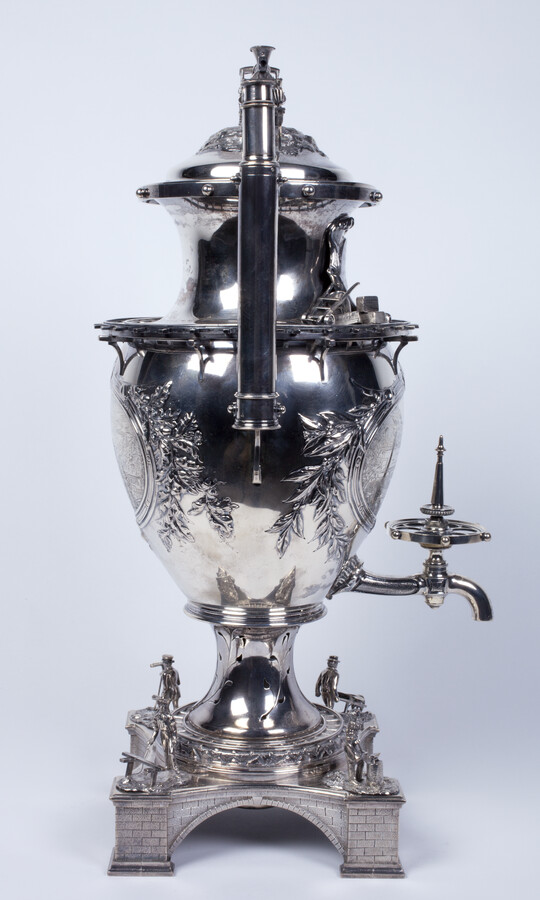 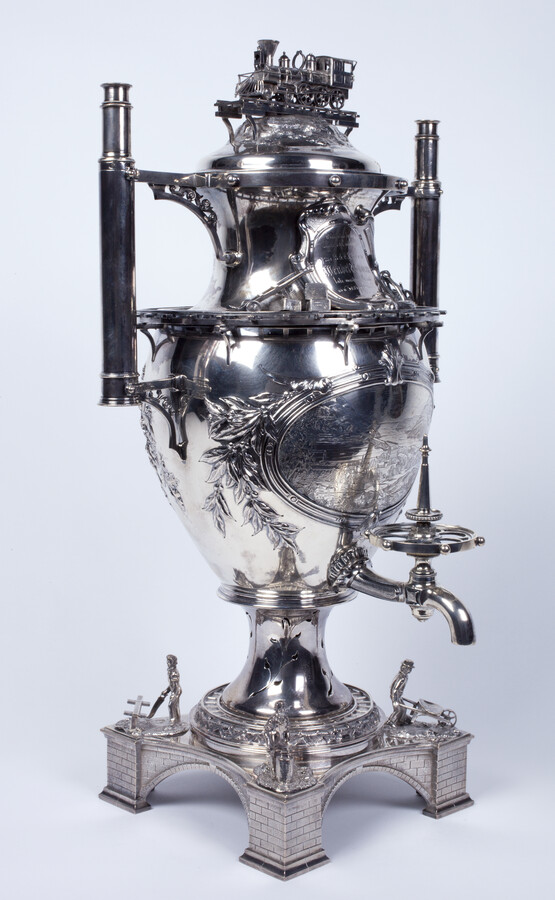 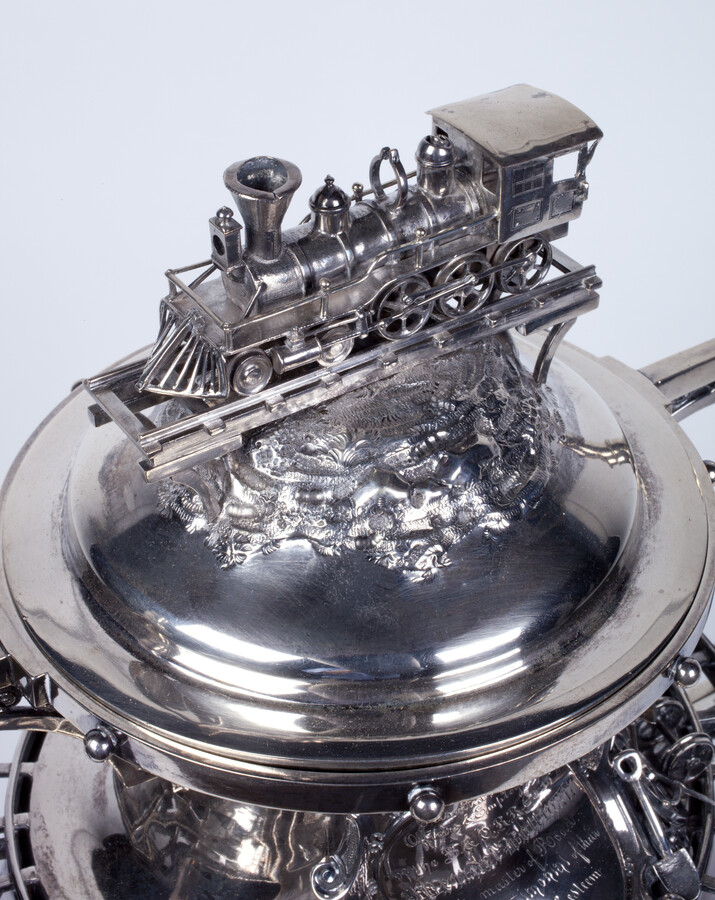 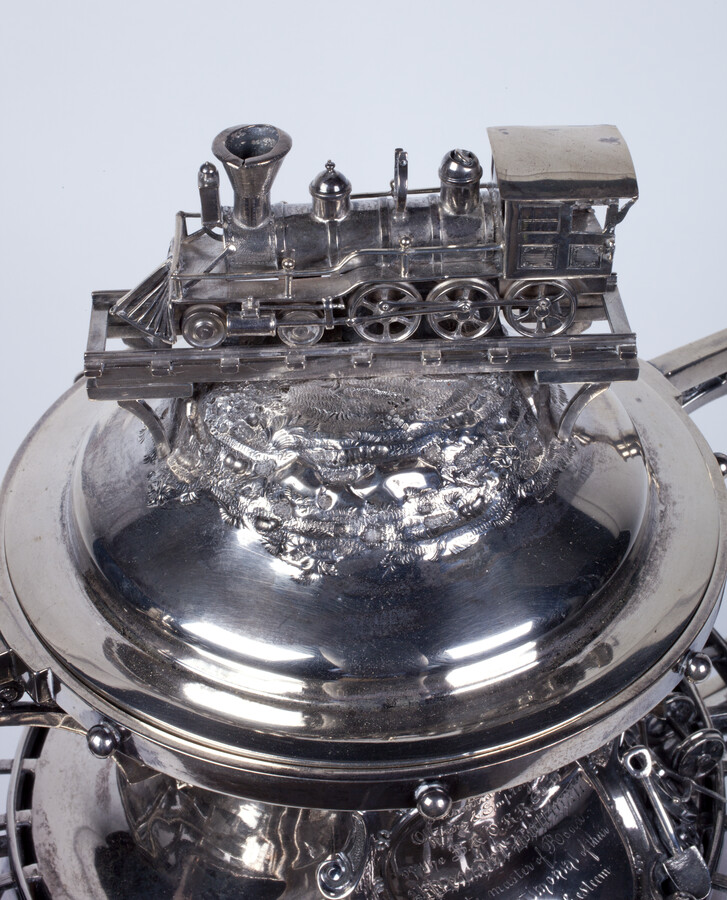 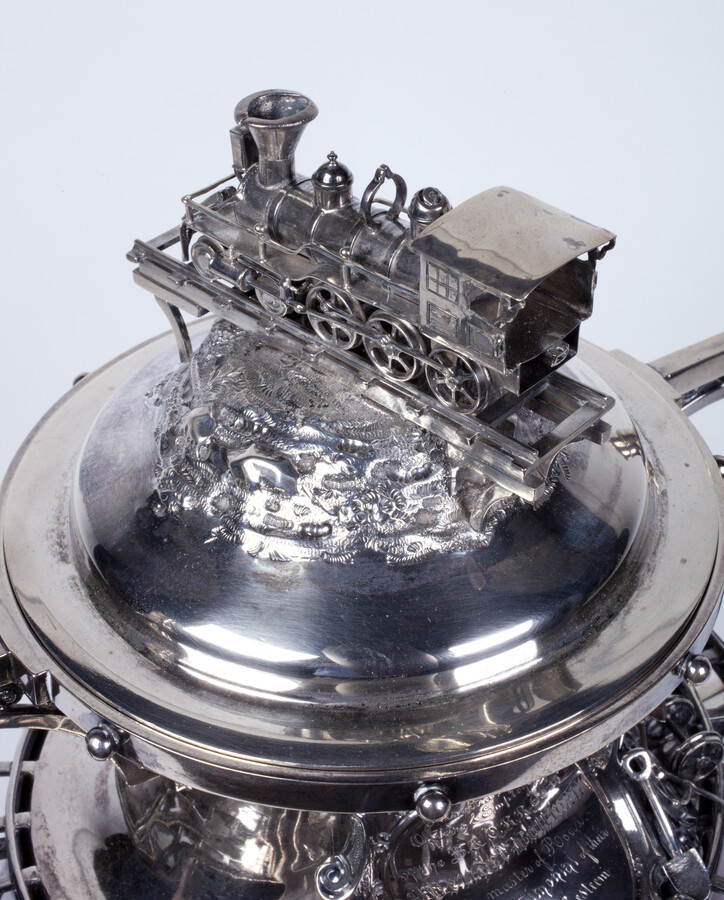 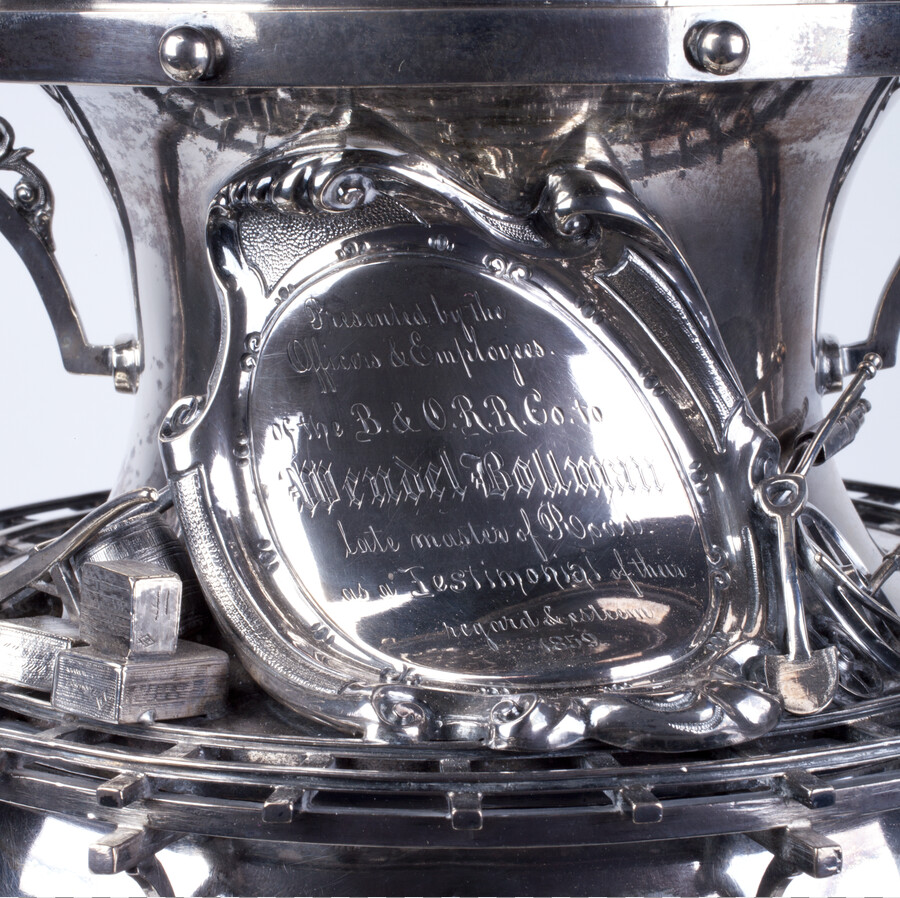 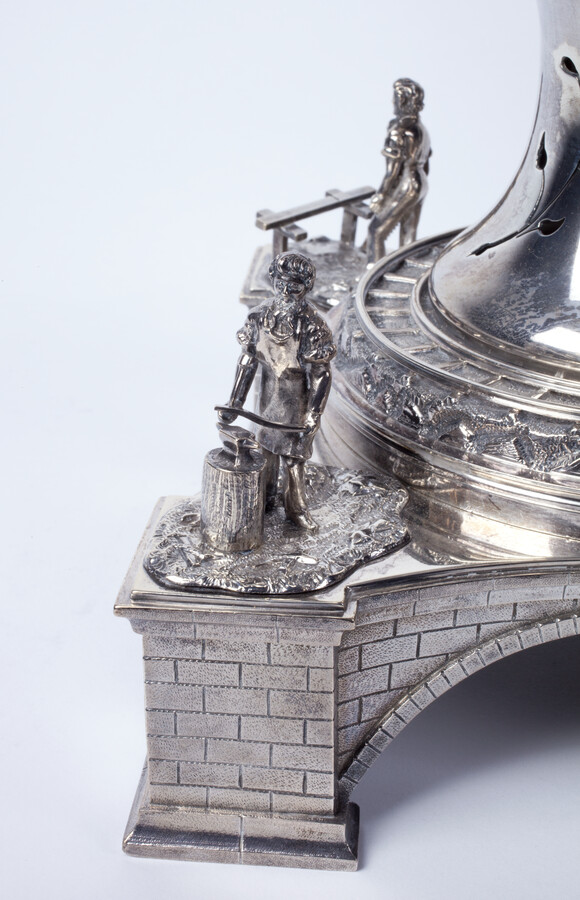 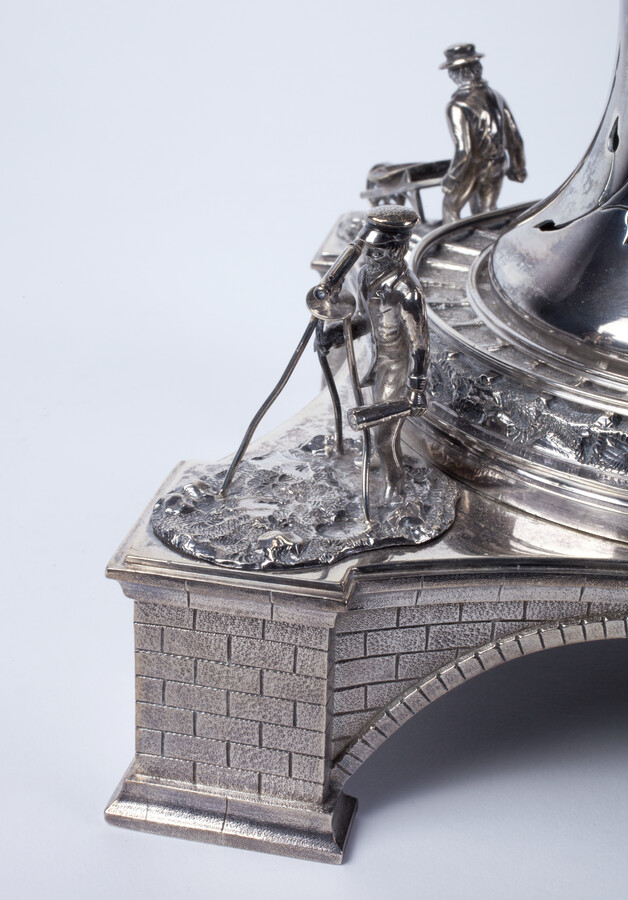 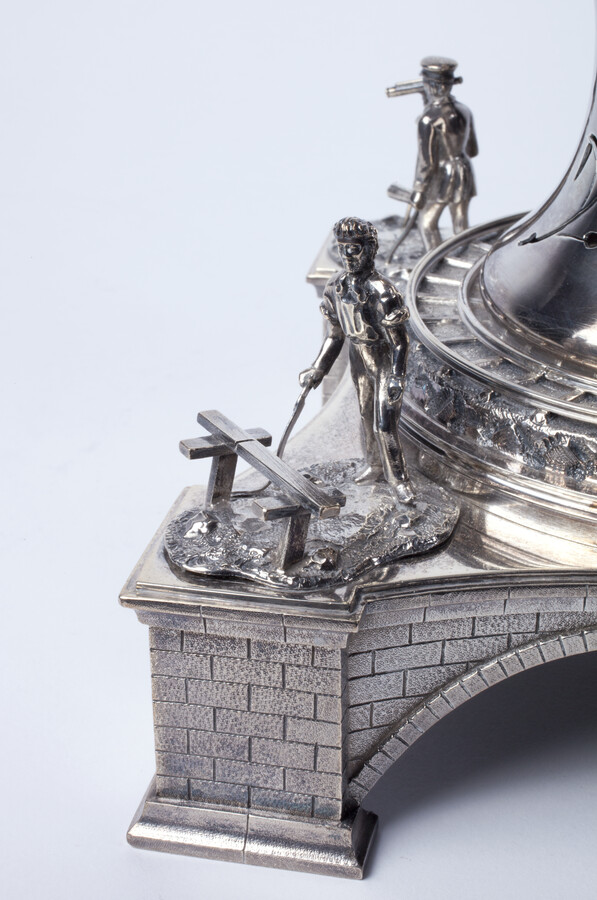 Ornate, silver coffee urn, gift of the Baltimore & Ohio Railroad Company, 1859, made by Canfield Brothers & Co., and presented to Civil Engineer Wendel Bollman. Born to German immigrant parents in Baltimore, Bollman (1814-1884) was a self-taught civil engineer. He began working for the B&O in 1828, but soon left the railroad. Bollman returned to the company in 1837 and became an innovative designer in early iron bridges. His greatest contribution to the period was his "Bollman Truss." In 1859, he once again left the B&O and pursued private business. As a departing gift, the B&O presented him with a large ornate silver set by Canfield Brothers & Company of Baltimore (fI. 1850-1881). This urn features stone arches of viaducts at the base, surveyors, telescope handles, with a steam locomotive atop the lid, and other imagery of construction and engineering. The engraving on the front reads: "Presented by the Officers & Employees of the B&O R.R. Co. to Wendel Bollman, late Master of Road, in testimony of their regard & esteem, 1859." Donated as a single item from a Bollman descendant in 1947, the rest of the set was donated by a different owner to the Baltimore & Ohio Railroad Museum in the 1970s.