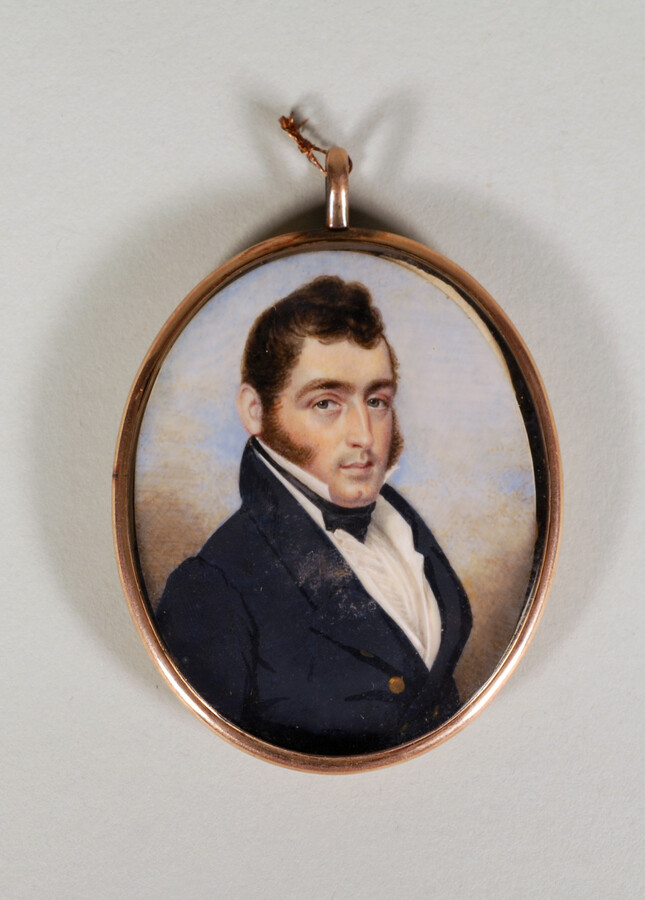 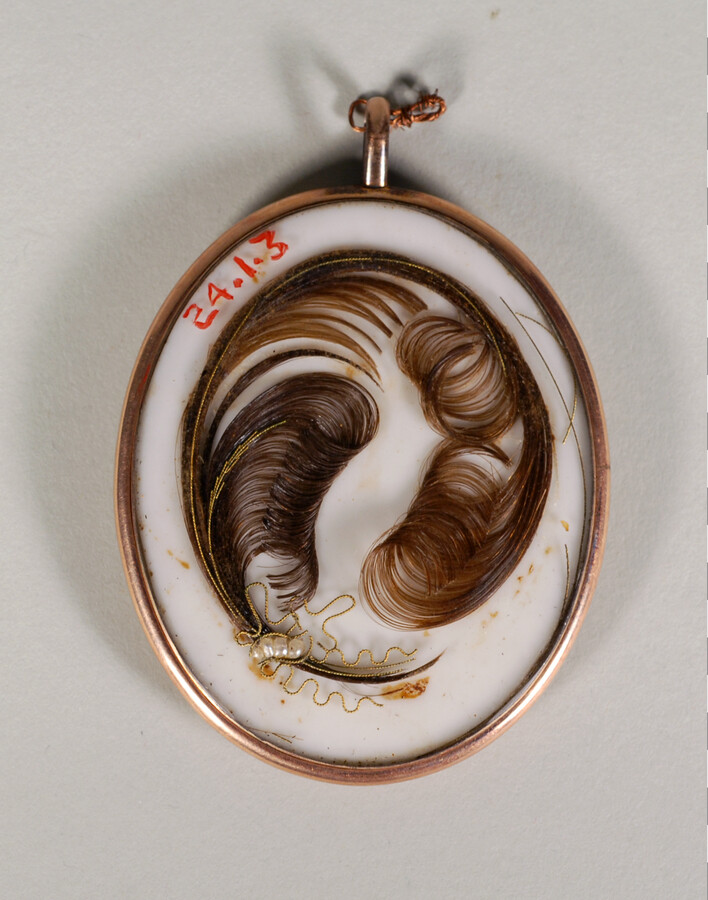 Miniature portrait on ivory of Captain Robert Hardie (1798-1881), lock of hair on reverse, c. 1829, by an unknown artist. Hardie was born in Philadelphia, Pennsylvania, on June 17, 1798. His father and grandfather, both naval commanders, were taken prisoner during the War of 1812 and held in St. Augustine, Florida. Inspired by their contributions, Hardie joined the crew of the privateer schooner "Nonsuch" in 1812. In 1813, the "Nonsuch" sailed from Philadelphia to Charleston, South Carolina, where they were boarded and captured by the brig-sloop HMS "Doterel". Hardie was held as a prisoner of war and sent to Dartmoor Prison in England, where he remained for the duration of the war. In April 1815, he survived the infamous Dartmoor Prison incident, when British soldiers fired on American prisoners, killing several. On June 11, 1815, he arrived in New York aboard the "Ariel" after his release from prison. In later life he worked as a merchant sea captain for the Old Bay Line, which ran between Baltimore, Maryland, and Norfolk, Virginia, and during the 1850s-1860s, the Savannah Steamship Company. Hardie married Emily Jane McClure Hardie (1808-1890) in Baltimore on June 7, 1831. They had several children.