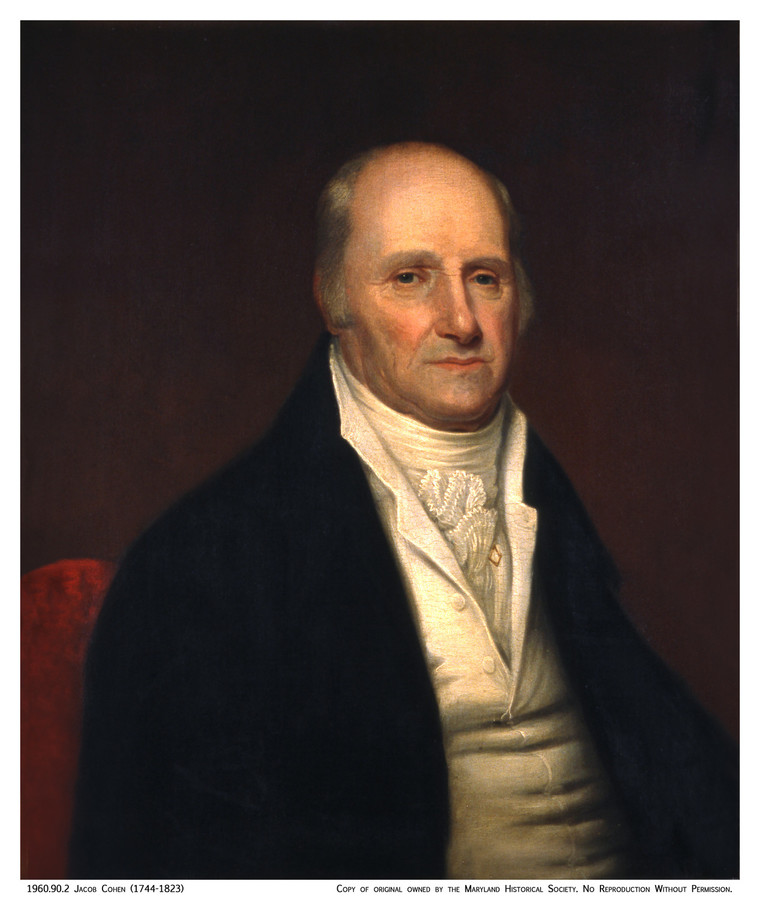 Oil on panel portrait painting of "Jacob I. Cohen" (1744-1823), ca. 1800, by Charles Willson Peale. The Cohen family has long been prominent in the business and artistic affairs of the City of Baltimore. Jacob was the first Cohen to emigrate to the United States from Oberdorf, Germany in 1773. He briefly lived in Lancaster, Pennsylvania before moving to Charleston, South Carolina. During the Revolutionary War, Jacob served in a company of the Charleston District Regiment, South Carolina Militia, commanded by Captain Richard Lushington (1751-1789). The company, composed of a number of Jewish South Carolinians, became known as the "Jew Company." Jacob took part in, and distinguished himself, at the Battle of Beaufort (1779). Prior to the end of the American Revolution, Cohen moved to Richmond, Virginia and worked in business. In Richmond Cohen became prominent in civic as well as in financial affairs serving as a grand juryman, as a Trustee of the Masonic Hall, and as a member of the City Council. Jacob lived in Philadelphia from 1806 to the time of his death. He is buried in Mikveh Israel Cemetery, Philadelphia, Pennsylvania.