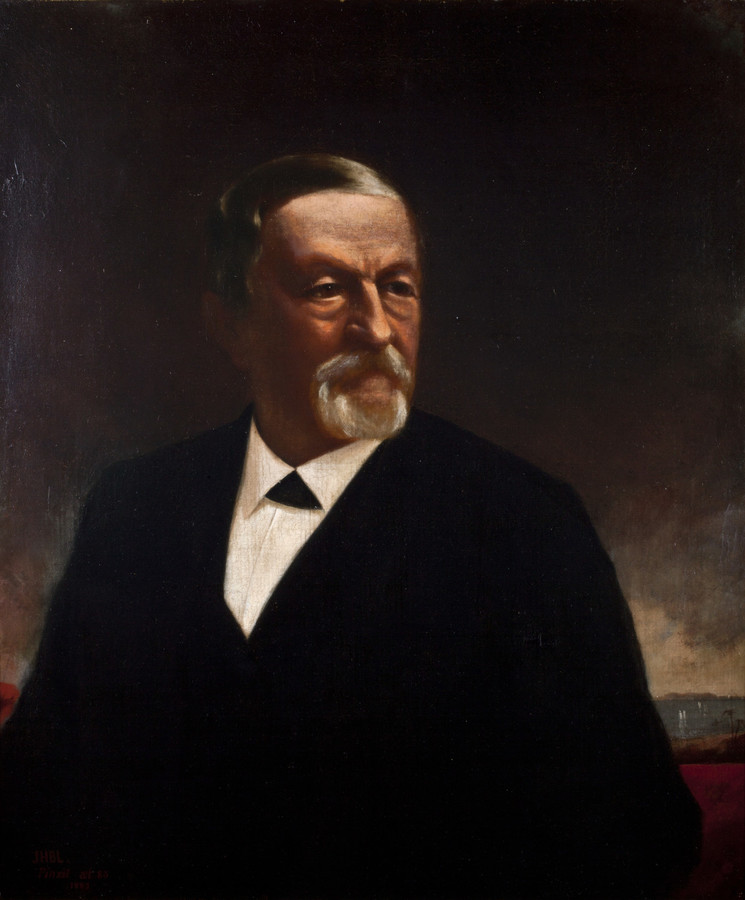 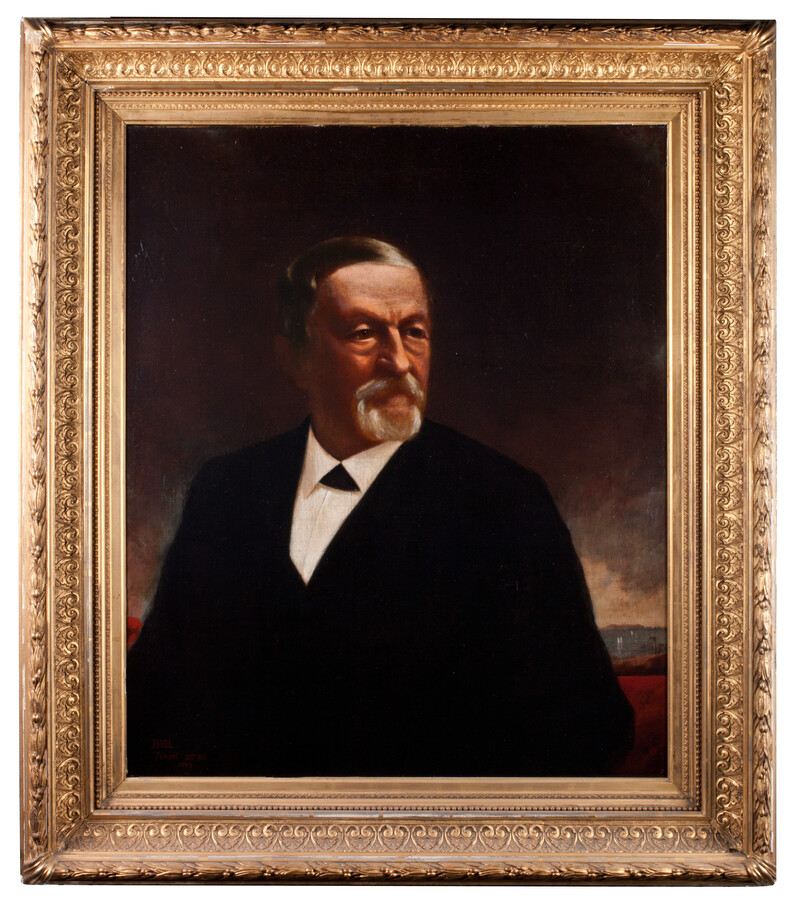 Oil on canvas self portrait of "John Hazelhurst Boneval Latrobe" (1803–1891), 1883, by John H. B. Latrobe. John was born in Philadelphia to famous architect, engineer, and artist Benjamin Henry Latrobe (1764-1820). He initially attended West Point, but left to study law in Baltimore after his father died in 1820. After passing the Bar in Maryland, John worked for the Baltimore & Ohio Railroad Company (B&O) for many years. He also designed, patented, and produced a popular stove design, which became known as the "Latrobe Stove." John was involved in numerous organizations. In 1844, he became one of the founders of the Maryland Historical Society and later served as the organization's president (1871-1891). John was a major advocate for establishing a colony of former African American slaves in Liberia. He served as president of the Maryland State Colonization Society from 1832-1853, and as president of the American Colonization Society from 1853-1891. John also helped found the American Bar Association, Druid Hill Park, and was one of the judges who helped launch the career of poet and writer Edgar Allen Poe (1809-1849). He married twice. First to Margaret Caile Steuart Latrobe (1795-1831), who bore one son, Henry Boneval Latrobe (1830-1877), before her premature death. John later married Charlotte Virginia Claiborne Latrobe (1815-1903) and they had seven children, including Ferdinand Claiborne Latrobe (1833-1911), a popular seven-term Mayor of Baltimore. This self-portrait, featuring Liberia behind John, was property of the American Colonization Association until the organization dissolved in 1964.