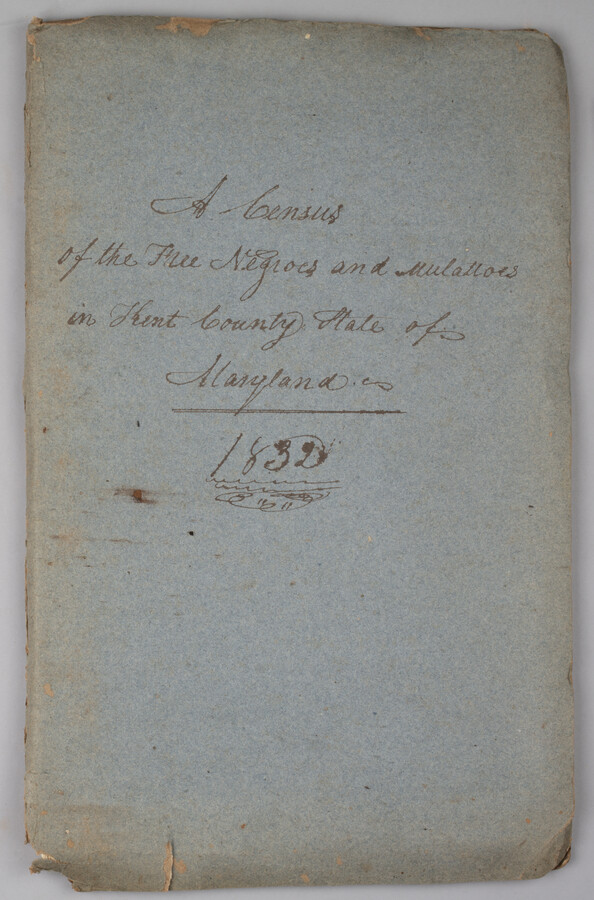 A census of the free Black population living in Kent County, Maryland, conducted on behalf of the Maryland State Colonization Society. Taken by the local sheriffs, these records list information such as name, age, and sex. Founded in 1827, the Maryland State Colonization Society was the state branch of the American Colonization Society, which was created as "a remedy for slavery" by supporting the relocation of free Black individuals to the colony of Liberia in Africa. In 1831, the Maryland General Assembly passed an act to require the enumeration of the free Black populations in each county and to implement the removal of these individuals from the state of Maryland to Liberia. Censuses for Allegany, Anne Arundel, Calvert, Caroline, Cecil, Charles, Dorchester, Frederick, Montgomery, Queen Anne’s, St. Mary's, Somerset, Talbot, and Washington Counties were also performed.

Please Note: The original material presented here contains language that users may find inappropriate or offensive. This material has been retained as it originally existed to preserve the integrity of the historical record.

The Maryland Center for History and Culture believes this work to be in the Public Domain under the laws of the United States and it therefore may be used, reproduced and distributed without permission. As MCHC is responsible for the digitized version of this work, MCHC requests attribution for material obtained from this website, citing our name and the resource ID.