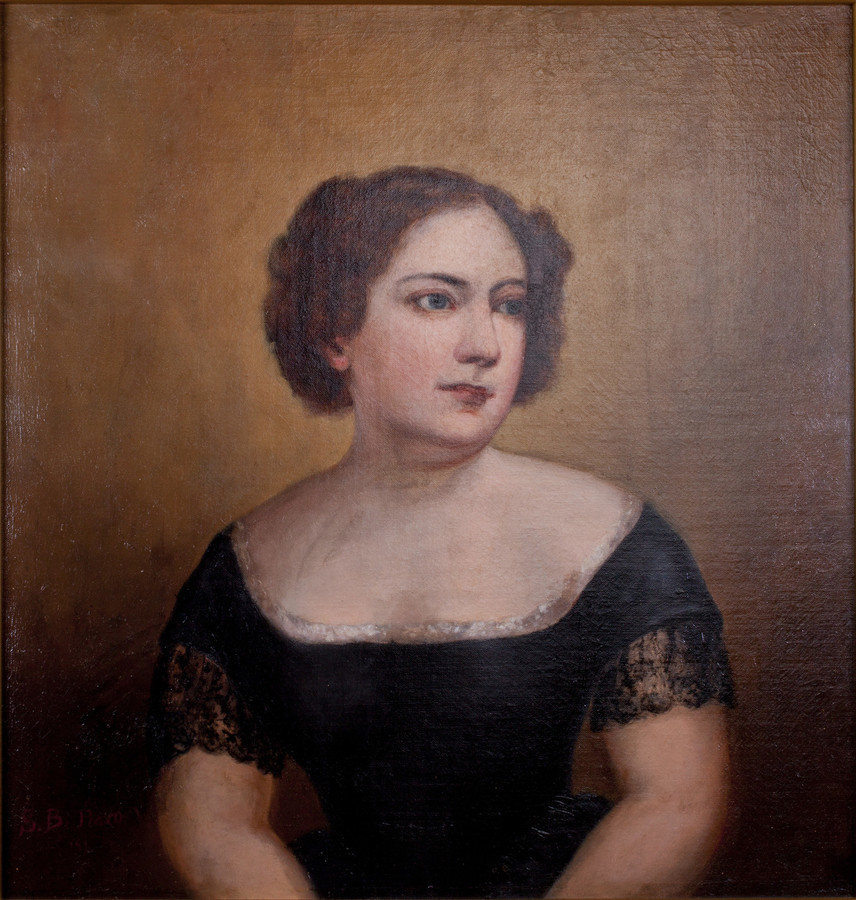 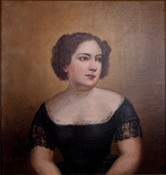 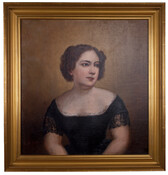 Oil on canvas portrait painting of "Anna Ella Carroll" (1815-1894), 1891, by S. B. Peacock. Anna, of the very wealthy and prominent Maryland Carroll family, was born in Pocomoke City, Worcester County, Maryland. Her Great-Grandfather was Charles Carroll of Carrollton (1737-1832), a signer of the Declaration of Independence, and her father was Thomas King Carroll (1793-1873), 21st Governor of Maryland from 1830-1831. By the 1850s, Anna was active in political campaigning and writing. She traveled extensively throughout the south and along the Mississippi. Anna published numerous books and pamphlets, including: "The Great American Battle" (1856), "The War Powers Of The General Government" (1861). During the Election of 1860, she published numerous newspaper articles under the pseudonym "Hancock." After the election of President Abraham Lincoln (1809-1865) she freed her slaves and went to work to support the administration and support the union cause. Throughout the Civil War, she largely worked as a secret unofficial member of Lincoln's cabinet, providing intelligence, publishing pamphlets, and working with Lincoln on the idea of emancipation and colonization. Credit for her contributions to the Union war effort took several decades. She is buried in Old Trinity Episcopal Church Cemetery, Church Creek, Dorchester County, Maryland.