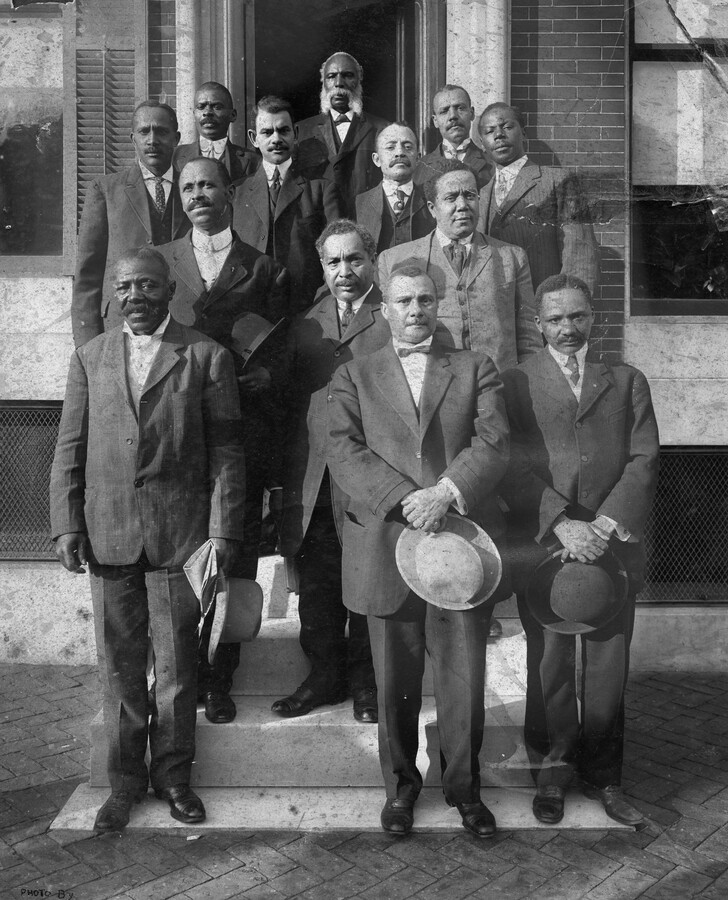 Group portrait of lawyers and minister