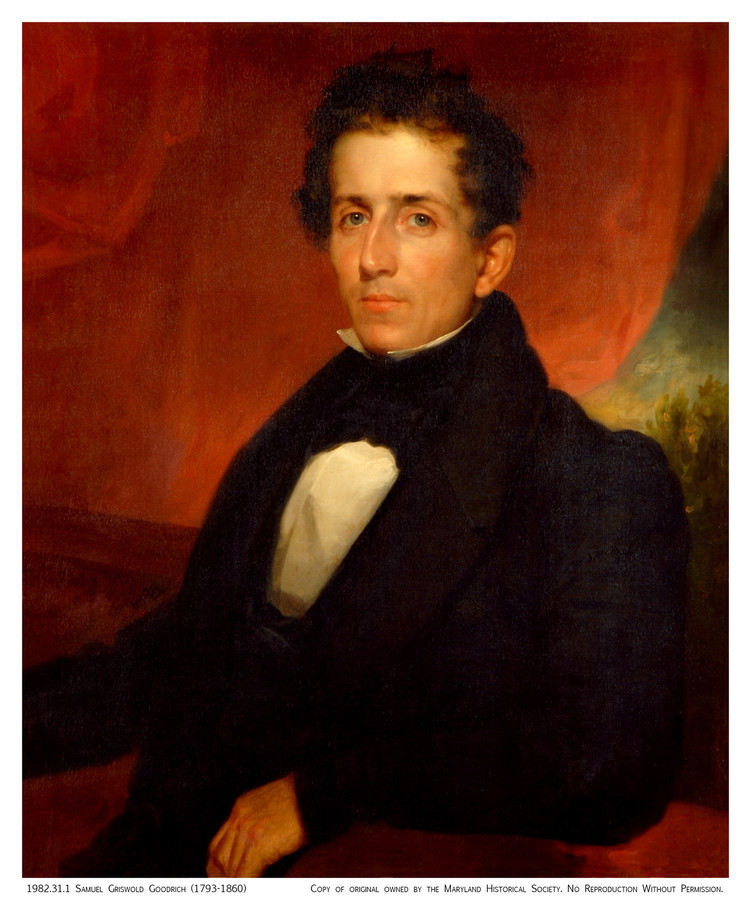 Oil on canvas portrait painting of "Samuel Griswold Goodrich" (1793-1860), also known by his pseudonym "Peter Parley," ca. 1820-1830, attributed to Rembrandt Peale. Goodrich was born in Ridgefield, Connecticut, was self-educated, and worked in a general store as a young man. In 1818, he married Adeline Gratia Bradley Goodrich (1800-1822) in Vermont and the couple had one daughter. After leaving the store business, he worked as a bookseller and publisher in Hartford, before traveling in Europe from 1823-1824. Upon his return, he lived in Boston, Massachusetts and began writing, editing, and compiling volumes of short stories that included his works and many other famous writers of the day. He also married his second wife Mary Boott Goodrich (1806-1868) in 1826 and the couple had five children. In addition to his literary career, Goodrich worked as an elected official, serving as a Member of the Massachusetts House of Representatives (1836) and State Senate (1837), before serving as American Consul in Paris (1851-1853). He returned to the United States and published again before his death in New York in 1860. Goodrich is buried in White Oak Cemetery in Southbury, Connecticut.