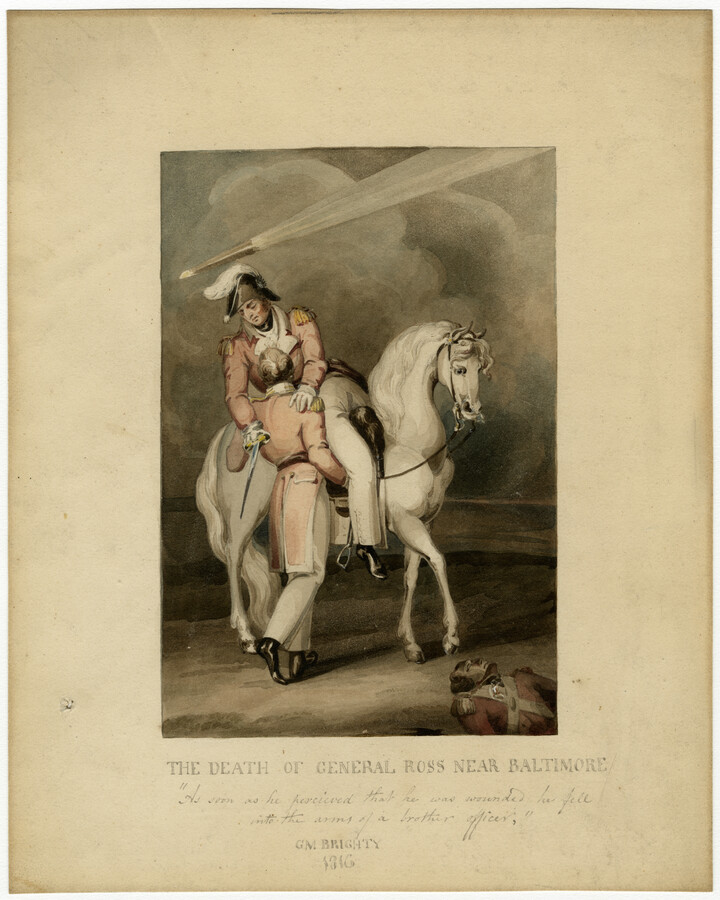 The Death of General Ross Near Baltimore

Watercolor featuring Major General Robert Ross (1766-1814) in the midst of falling into the arms of another officer upon being wounded. Ross was an Irish-born officer of the British Army. After landing ashore at Benedict, Charles County, Maryland, he defeated American forces at the Battle of Bladensburg, before invading Washington, D.C., where he burned numerous public buildings, including the U.S. Navy Yard, U.S. Capitol, and White House. At the Battle of North Point on September 12, 1814, Ross was struck from his horse by sniper fire, which allegedly came from two Baltimoreans: Henry McComas and Daniel Wells. Major-General Robert Ross commanded the British forces that captured Washington, DC, and burned its public buildings. On September 12, 1814, Ross led the British troops at North Point when he was shot by a sniper and mortally wounded, possibly Daniel Wells and Harry McComas of Baltimore.

A gift from the Estate of Joseph N. Katz

The Death of General Ross Near Baltimore