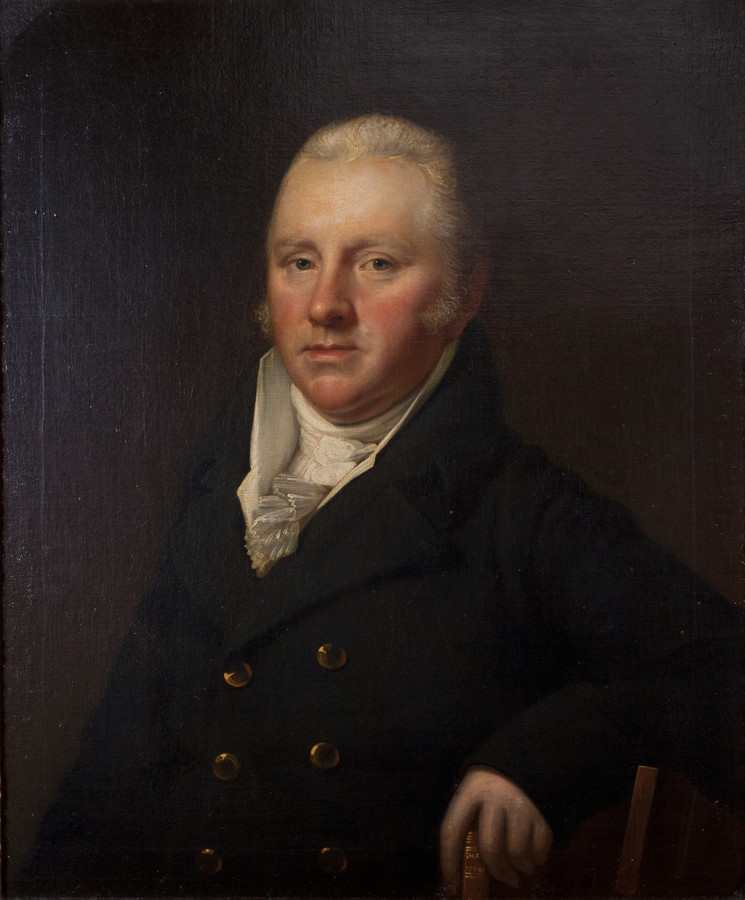 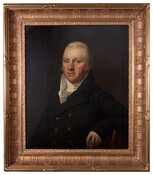 Oil on canvas portrait painting of "Herman Henry Schroeder" (1764-1839), ca. 1816, attributed to Rembrandt Peale. Schroeder was born and raised in Hamburg, Germany. His father died at a young age, and by age 15, he was working in banking and business. In 1783, he was sent to the United States by his employer to oversee some business. After brief stays in Philadelphia, Pennsylvania and New York City, Schroeder took a job in a Baltimore grain business and permanently moved there. He eventually went into business for himself and opened a store on Market Street across from Alexander Brown & Sons. In 1785, he met and married Susannah Schwartz (1765-1794) of Frederick, Maryland and they had four sons. Schroeder did well in business, became very wealthy, and built a large home, which he called "Wandsbeck." After the death of his first wife, he married Mary Schley Schroeder (1775-1840), also of Frederick, and had five children. Schroeder was a founding director of The National Union Bank of Maryland and was on the Board of The Baltimore Fire Insurance Company. He is buried in Green Mount Cemetery, Baltimore, Maryland.