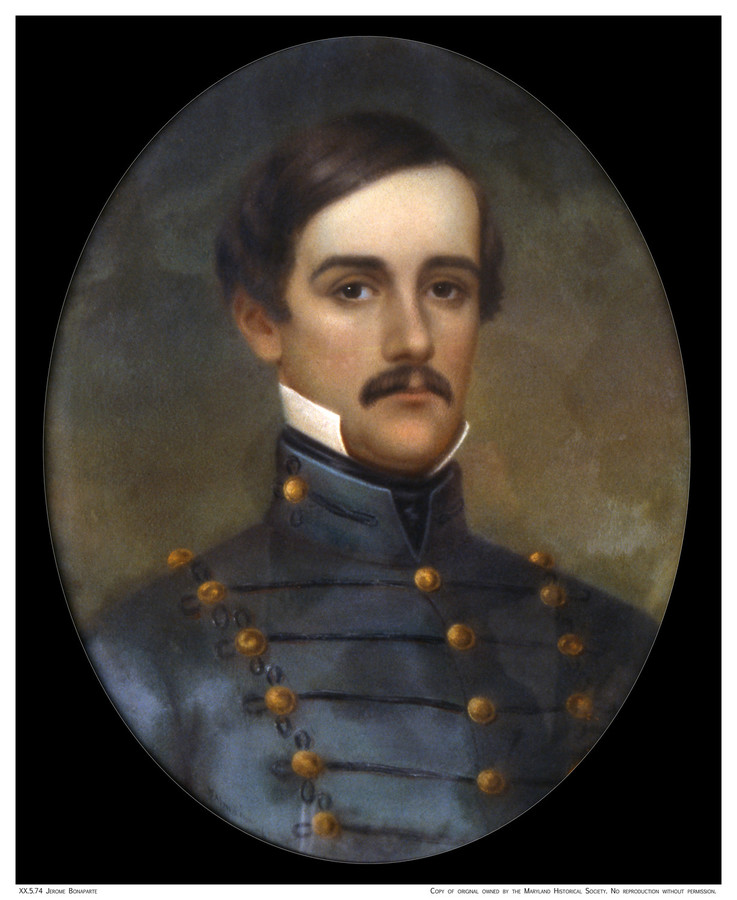 Portrait of Jerome Napoleon Bonaparte II (1830-1893) in his West Point cadet uniform. Born in Baltimore, Jerome was a grandson of the famous Elizabeth "Betsy" Patterson Bonaparte (1789-1875) and brother to Charles Joseph Bonaparte (1851-1921), a U.S. Attorney General and Secretary of the Navy. Jerome entered the U.S. Military Academy in 1848 and graduated 11th in his class in 1852. As a second Lieutenant, he served on the Texas frontier as a mounted rifleman with the 3rd U.S. Cavalry. In 1854, he resigned his commission, traveled to France, and joined the French Army, initially serving with the 7th Dragoons. The young officer served with distinction during the Crimean War (1853-1856) and was present during the fight for Sebastopol, Balaklava, and Inkerman. For his war service he was awarded numerous decorations from the Sultan of Turkey, Queen of England, and France. After the war, he was promoted to captain and took part in the conquest of Algeria. Jerome was decorated again for service in the Second Italian War of Independence (1859). He was present for the siege and fall of Paris during the Franco-Prussian War (1870-1871). Jerome left France, after the fall of the capital, and returned to the United States. He married, had one child, and spent the rest of his life traveling in prominent circles in Baltimore, Washington, D.C., and Paris.